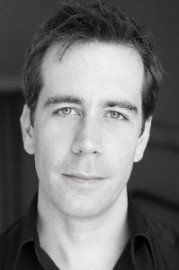 Adam is the Musical Director for Wicked in London.

Adam read music at the University of Hull, graduating with first class honours.